Share a memory
Obituary & Services
Tribute Wall
Read more about the life story of CHRISTENE and share your memory.

Christene Lawanda Amundson, 86, passed away on Thursday, January 19, 2023 at the Platte County Memorial Hospital in Wheatland, Wyoming surrounded by her family. Christene was born on Tuesday, May 19, 1936, in Harrisburg, Arkansas, the daughter of L. Warren and Sadie (Deckelman) Schadow.
Christene moved from Arkansas and was reared in the Chicago area. In the late 1960’s she moved to southern Wisconsin where she continued her education and earned a Licensed Practical Nursing degree (LPN) at the same time her daughter graduated from high school. Christene began her medical career at the Edgerton Memorial Community Hospital in Edgerton, Wisconsin. During this period, she met and married the love of her life, Rolf Amundson on April 25, 1975, they would have been married 48 years in April 2023. She continued her education by becoming and EMT in Green River, Wyoming and also earned a Real-estate Broker’s License in Wyoming, Utah, and Alabama. Throughout her travels, she obtained an associate degree from the University of Colorado at the age of 67; graduating the same year as her granddaughter earned her law degree.
The couple moved several times from 1975 to 1982 throughout Wyoming, and then continued to move about in multiple eastern and western states throughout the United States due to her husband’s career. In 2006 they returned to Wyoming and retired in Wheatland.
Being a frequent visitor to the Platte County Public Library, Christene was an avid reader and checked out scores of books bi-weekly for her reading pleasure at home. She also enjoyed visits from family and friends as well as cross-stitching and refused to miss an episode of Jeopardy! on television.
She was preceded in death by her parents and sister. She is survived by her husband, Rolf; daughter, Jacquie Conrad; four grandchildren, Heather (Scott) O’Banion, Cristel (Brandon) Ruiz, Jessica (Lonnie) Gilstrap II, and Lindsey Johnson; and six great grandchildren, Kyle, Katrina, Juliana, Charlotte, Josephine, and Lonnie Thomas III.
No services will be occurring at this time as Christene chose to donate her body to the University of Colorado School of Medicine for medical and science educational purposes. Memorial services will be scheduled at a later date.
The Gorman Funeral Homes – Platte Chapel of Wheatland, Wyoming is in charge of the arrangements.
Condolences may be sent to the family at www.gormanfh.com

To send flowers to the family or plant a tree in memory of CHRISTENE LAWANDA AMUNDSON, please visit our floral store. 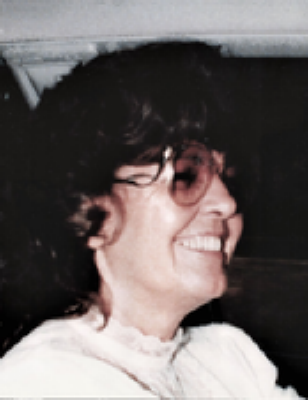 Family and friends are coming together online to create a special keepsake. Every memory left on the online obituary will be automatically included in the book.

You can still show your support by sending flowers directly to the family, or by planting a memorial tree in the memory of CHRISTENE LAWANDA AMUNDSON
SHARE OBITUARY
© 2023 Gorman Funeral Homes. All Rights Reserved. Funeral Home website by CFS & TA | Terms of Use | Privacy Policy | Accessibility